Not much time for blogging 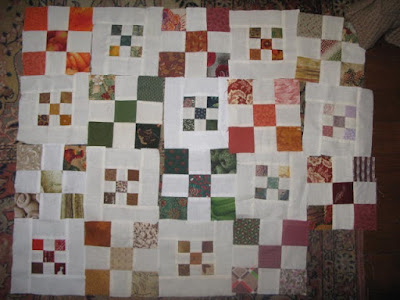 The New Year has started out pretty crummy.

The 31st my husband spent at church, helping to prepare the new year's breakfast items for the homeless out church serves.

the 1st he was off to work with she serving of that meal and, though I expected him early to help with preparations for our own family celebration, he came late in the afternoon rather dragging and went off to take half an hour nap which lasted the rest of the day.

Next day he read an article about when you might have pneumonia, and decided to go to the hospital. He called from there to say he was admitted. I was, by then busy trying to tidy up his things as well as mine and suggested we call off the party. No, no. all the food was bought.

Sunday after church I got a call that he was in the ICU in serious condition. I went there and found that small hospital was not a place that could give him the care he needed and though they insisted it was dangerous to move him, we contacted the University Hospital and got him moved.

So ... I have spent most of the time since then in waiting rooms. Now all six of our kids are here and I was able to skip the 12:30 to 1:00 visiting time and stay home to take down the Christmas tree and toss some of the rotting food.

Waiting room time got more 9-patch blocks done. My muslin scraps come in a variety of whites, some whiter than others. I laid some of them out and am wondering if the whiter fabric is going to make it look bad. 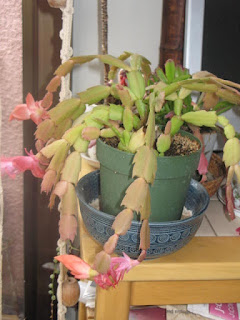 Meanwhile, the salmon-pink cactus is still putting out blooms.

Like me, it has yet to move beyond Christmas. 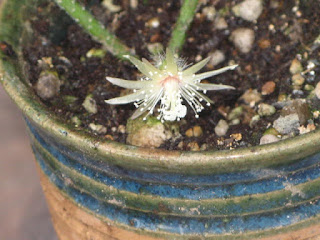 this tiny flower appeared on the tip of a three pronged bit of cacti I had found and dipped into rooting hormone and stuck in a pot of dirt I just happened to have on hand.

A tiny thing but hanging in there.


Maybe a symbol of my year so far.