With no idea of what I am doing, I have been playing with log cabin blocks. 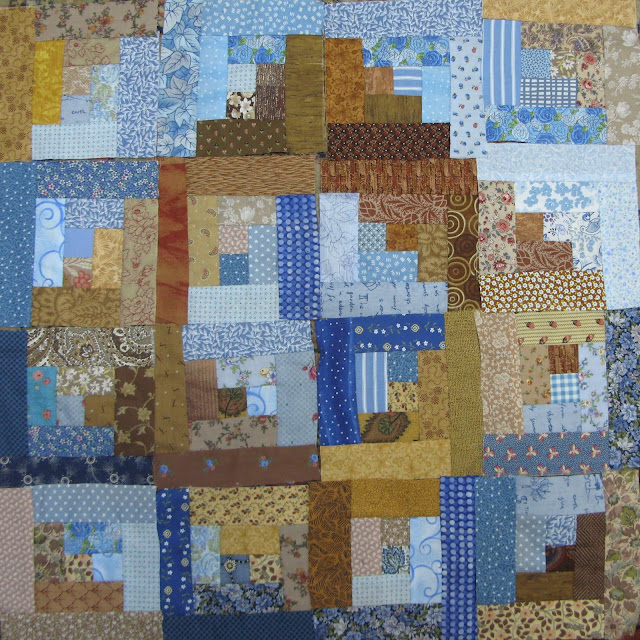 Hmm... random scraps might make a pattern hard to see. 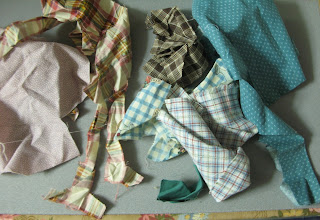 I spent a whole day trying to sort the "gifted" stash. So much is cut with dangling pieces and bunched up in containers because it can't be folded.

I pulled out pieces, Ironed them, and trimmed off the strings that are too small to use. I suppose someone with a machine could make string blocks, but since I work by hand, I marked what was large enough into squares or strips, and anything smaller than a one-inch square, went into the trash. There is no way I can ever use all these fabrics, even if I live to 100. (or maybe 200) Some of the fabrics are large cuts and might be used for backings, but there are certainly a lot of random scraps. 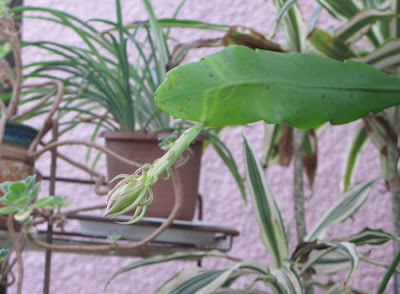 My night-blooming cereus has a bud that is getting larger by the day.

It is promising a show one of these days. 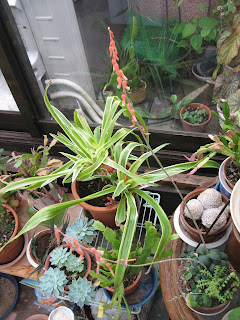 The tiny pot at the lower right is one of the plants I rescued from my friend Wally's garden.

There are about four or five different succulents in that pot and those tall flower spikes are coming from one  of them.

The green spiky plant behind it  has a number of red flower spikes coming up. I can't remember what it is, but it lives in damp moss rather than real soil. 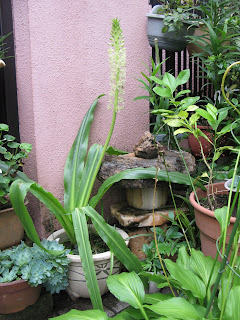 The pineapple lily has sent out a big spike of flowers this year.
I think this is the biggest bloom it has ever had over the years. 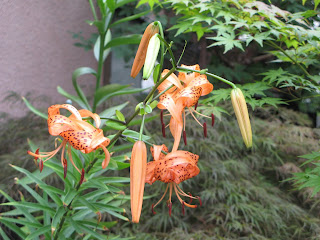 And ... this has been a great year for the lily clan.

I was outside sweeping the street, and one of my neighbors who is an artist, brought out a painting to show me.

It was a lovely picture of a variety of flowers all gathered together. He pointed out one of a lily, saying he had taken a picture of one those in my garden to use as a model.

The flowers don't last long, but they are tall above everything else and very showy.

So ... the days drag by ... almost to the point I forget what day it is. This morning I had to drop everything and rush the "pura" out to the end of the street for the days collection ... before zooming in to  morning meeting. Tuesday I had to rush from a scout Executive Board meeting to another meeting without even time to fill my coffee cup. Sometime I get notices of meetings only a few hours before and by the time I check my email, I have missed the first half hour and missed the discussion point.
I'm beginning to wonder if I will be able to switch back to my former life once things reach a new normal ... if I even know what "normal" is...
Posted by Julie Fukuda at 1:01 AM