February birthday with a Christmas deadline 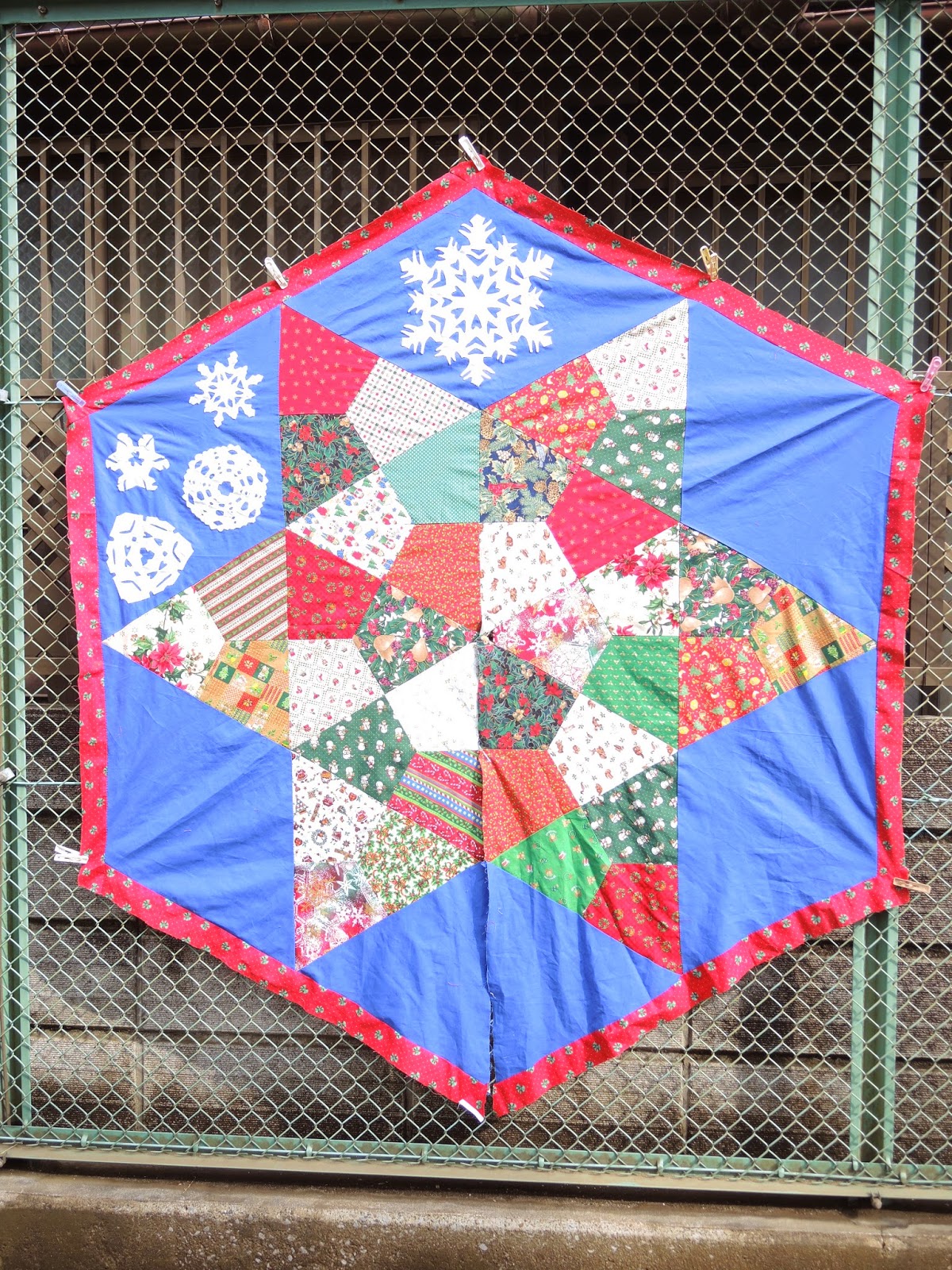 My #1 daughter has asked for a Christmas tree skirt as a birthday present. It is a good thing it won't be needed until December rolls around because there was no way to finish up by the middle of February.


I dug out my box of Christmas fabrics and though I have quite a few, there was not enough variety to place them all side-by-side.

I have made several tablecloths for my round dining room table using this pattern but decided to turn it into a star by adding blue diamonds.

As I was appliqueing the large snowflake, I thought it might be fun to have other family members contribute to the project by cutting and sending me their own versions of flakes. 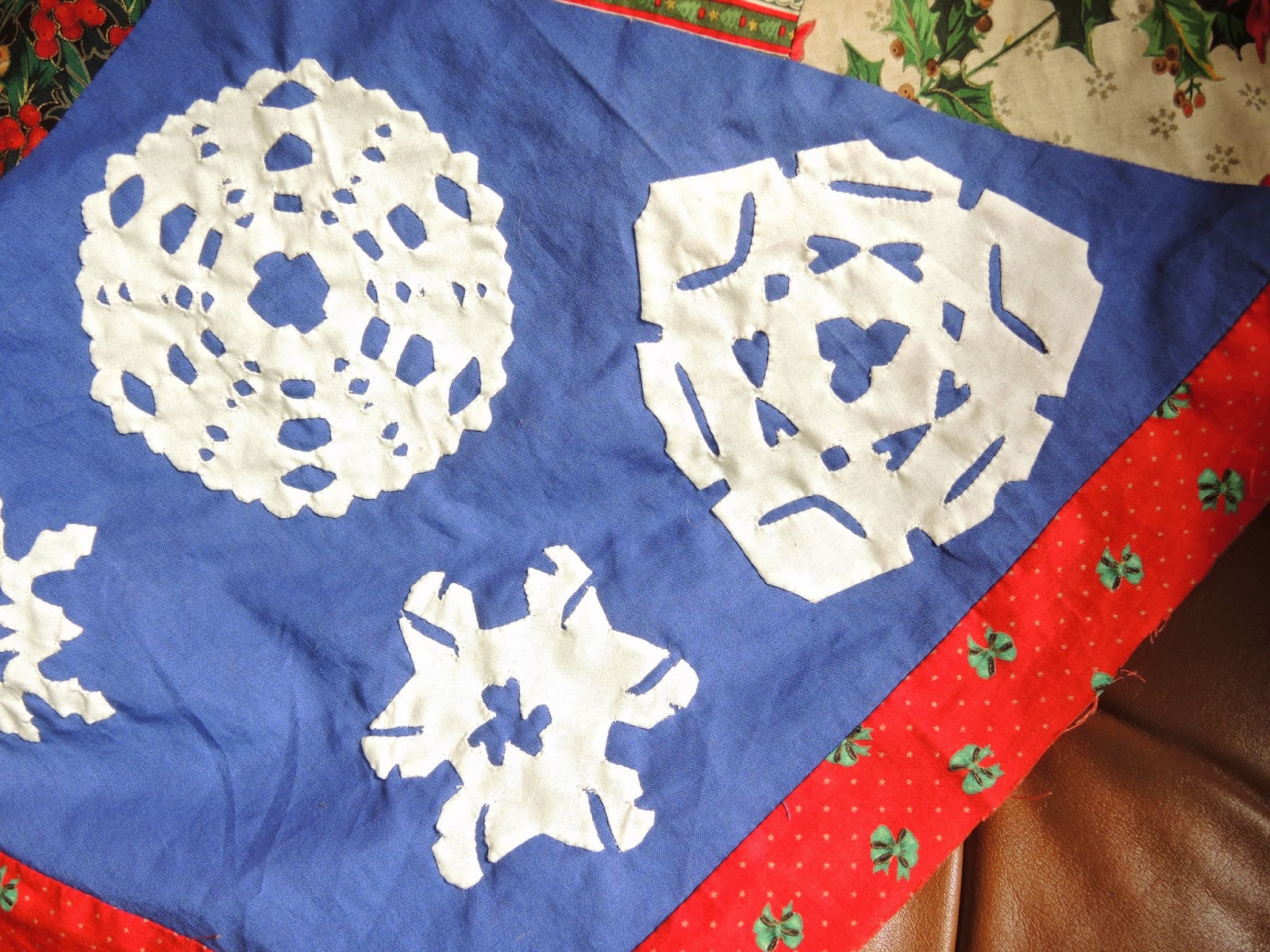 These three flakes were cut by Leia.

They were cut from pastel origami paper and after I had them traced and cut out on the white fabric, I began to think they might have been interesting if added in those colors.

At any rate, this is progress and I still have a few months to go. Well... more than a few.

I have also developed a great respect for all those who create Molas.

The thin lines were actually just long cuts in the paper and even with a tiny needle turn, a challenge to sew.   Now I await more contributions from family members.
Posted by Julie Fukuda at 10:23 PM