It was four years ago ... about this time of day ... I was standing on our low wall along the street filling the window cafe (bird feeder) with sunflower seeds. Nikko and I had just returned from shopping and she was waiting at the gate. 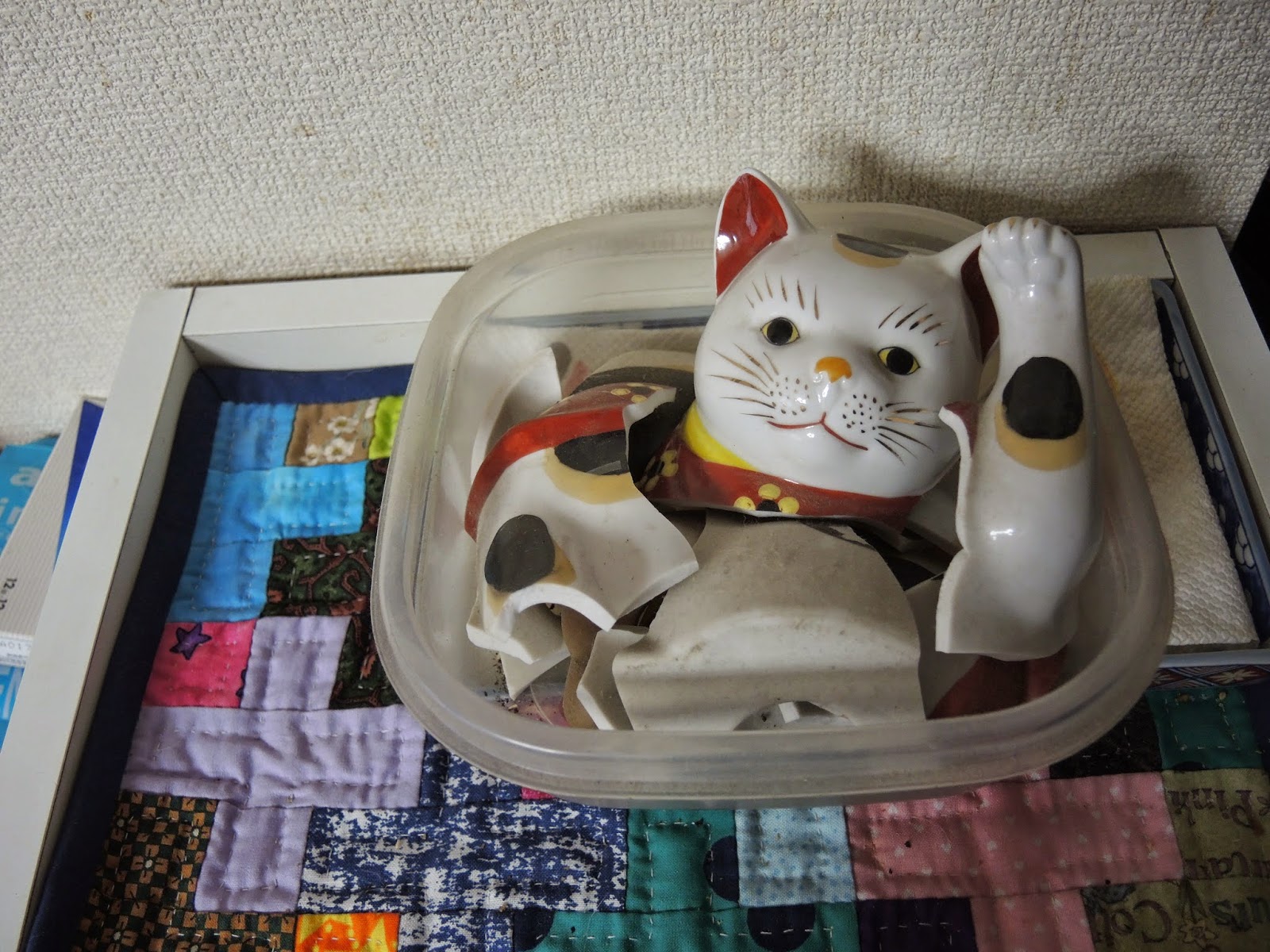 That seemed strange because there was no wind blowing. I could hear rattling throughout the neighborhood and Nikko was beginning to panic.

By the time I reached the gate, it was clear we were having an earthquake. I could hear things crashing to the floor in the house and we hurried out into open space to avoid falling walls and such things. The power lines were dancing and it was hard to keep standing.

Along with another neighbor, we waited until the shaking subsided, then I returned home to survey the damage.   Lots of fallen vases and flower pots ... lots of dirt from the pots ... A bit of breakage of nick-knacks. My favorite lucky cat was not so lucky. In fact, the cat collection that lives on the step-tansu with my plants ended up the worst ... maybe because the third floor was shaken the most.Paul had gone to town and took a long roundabout route to return.

Tokyo did not fare so badly compared to Tohoku, though walking through town there are still walls that haven't been repaired. The wall north of our entry has a gap where the blocks were once joined. though the neighbor had the stucco finish re-done.

We had pleas from kids in the states encouraging us to get out of Tokyo but #4 daughter and her daughter were due to arrive that weekend for a visit ... and, after all, where would we go?

This week the newspapers are full of reports of what has been done toward recovery and all that is yet to be done. From time to time there is an after-shock but the spacing has become longer and longer.

Last year a small group from our church choir took part in a dedication ceremony for a church in Tohoku that we helped support. I was also fortunate to be able to teach a quilting class to women in the temporary housing ... and am hoping to return at some point. The Scout troop has also taken part is several service projects. Still,there is a lot needing to be done for those still displaced and in "temporary" housing. 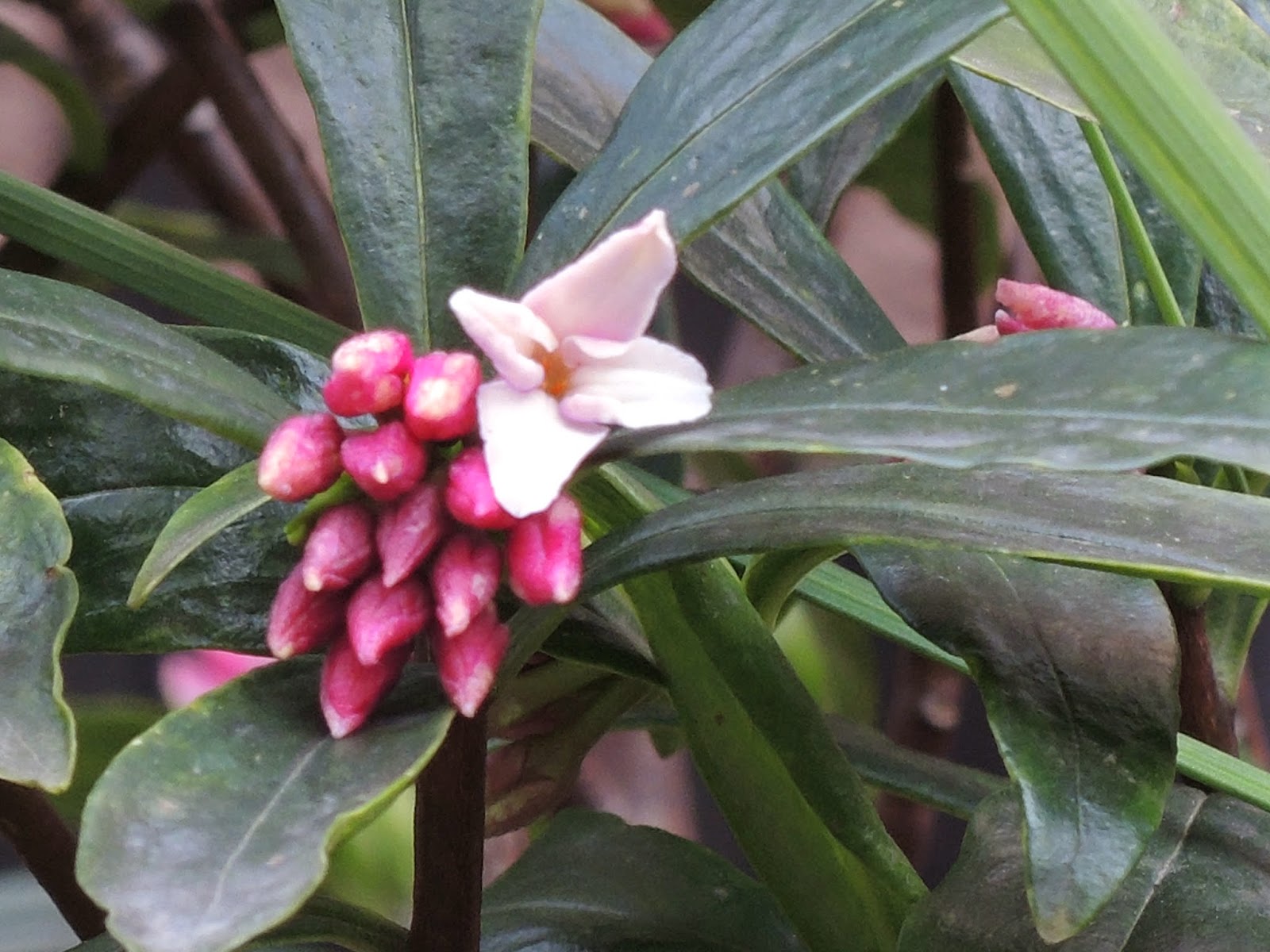 And ... from this week, the Sweet Daphne we planted when #3 daughter was born has begun to bloom.

Though it usually opens by the last day of February, it has taken a bit longer, like her sister's plum.

I might think they are slowing down in their later years, but probably the new house across the lane, blocking out the afternoon sun, has something to do with the timing.

With only two small flowers opened though, the air is full of perfume for passers-by to enjoy. Happy belated birthday, Norie!
Posted by Julie Fukuda at 1:39 AM