On December 22 I finished piecing the backing, basted the quilt on the apartment floor, and began quilting the star in the ditch, from the center out.  Once the star was done, I began working on the Hawaiian blocks. At first I stitched around the applique using navy thread. It was hard to see against the navy background. I didn't take out my work, but decided to switch to a regular blue thread,  The applique quilting was done in white but it is not easy to see the quilted details 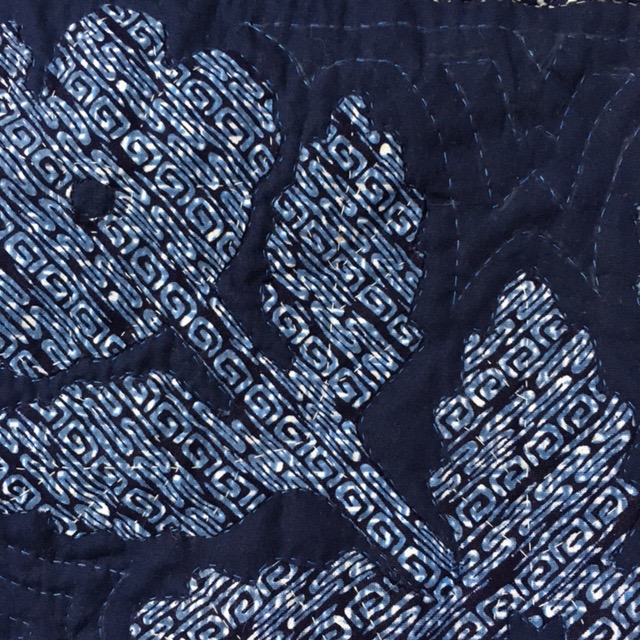 Today, I finished quilting the first narrow blue border.
The next task will be to select a quilt design for the border of five-inch blocks. 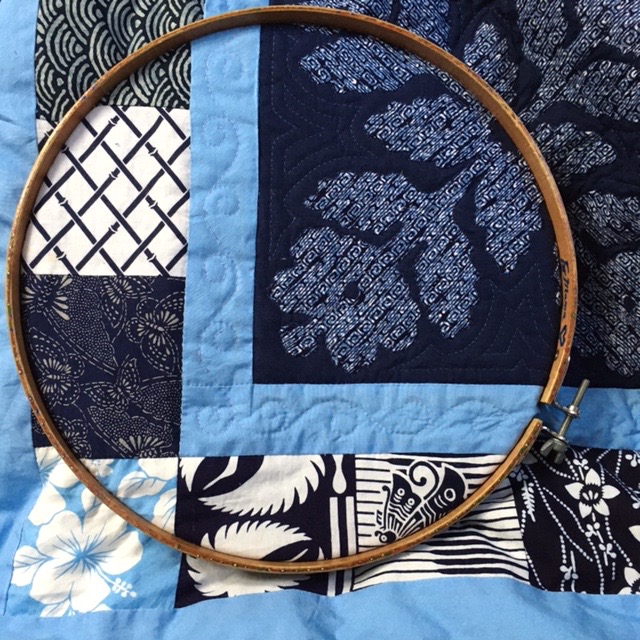 I really don't want heavy quilting, as it would distract from the yukata prints.
I am thinking of doing the second blue border with the same design as the first, only using the blue thread instead of white.
It's nice to have a cozy quilt to work under, but my fingers are very sore working through the many seams in the backing.
Posted by Julie Fukuda at 10:41 PM