Waiting for the dust to settle and the quilting to begin 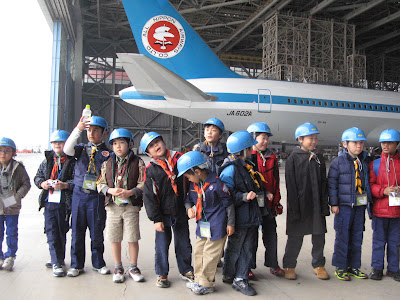 While the rest of the world prepared for the holidays, My Cub Scouts took advantage of the school break to visit the ANA repair facility at Haneda airport 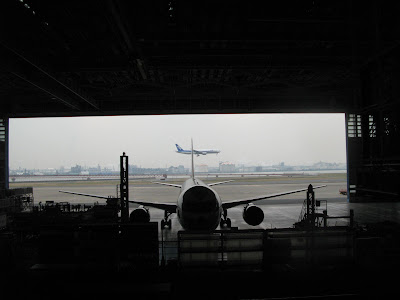 . We may have a few future engineers in the group or perhaps a pilot or two. 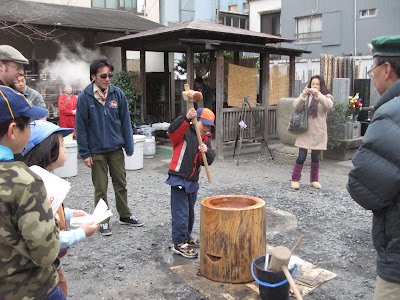 December 23, the Emperor's birthday, we celebrate with the Japanese Scout Association by pounding mochi. 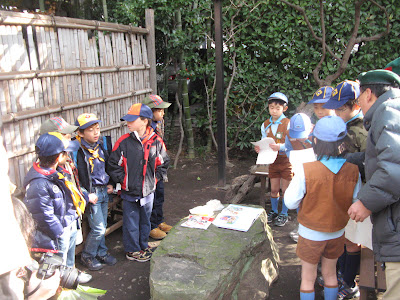 The Japanese Scouts prepared an introduction in English.

After the official opening ceremony, the SAJ Beaver Cubs showed the BSA Cubs how the rice is made into mochi, giving the names of all the things used. 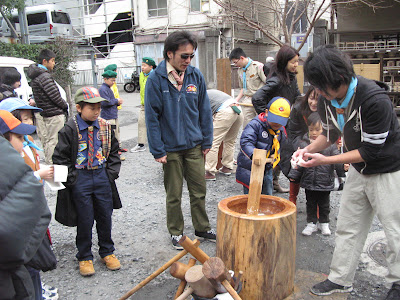 Our Boys were allowed to pound the rice as much as they liked. The leader on the right turns the rice between pounds so it will come out in a smooth even paste-like lump.


The first boy to pound is already seen on the left eating the mochi smothered in bean jam. 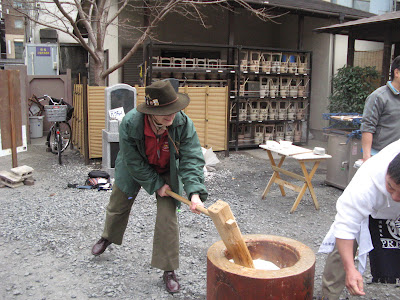 Even this old leader got to take a few whacks. There is a variety of sizes and weights of mallets but this one was very heavy.

Some of the cubs, after trying the light ones, came back and asked to pound again with the heaviest ones. Perhaps I should have asked too try the kid version. 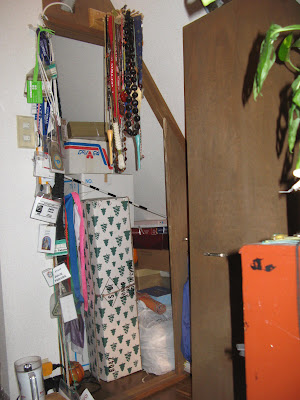 With the evening , came daughter #3 and her able-bodied assistant, ready to put up "the tree".

All the stuff for assorted holidays lives in a tiny cupboard under the eaves next to my sleeping mat. This cupboard has two doors that lift out because they are made to fit a strangely shaped opening. The mat is rolled up and the needed items are extracted. The most difficult part is getting those doors back in place at the end. (shortest time is probably 20 minutes so we had better get everything we need out and the boxes back in before we mess with putting that door back in place) 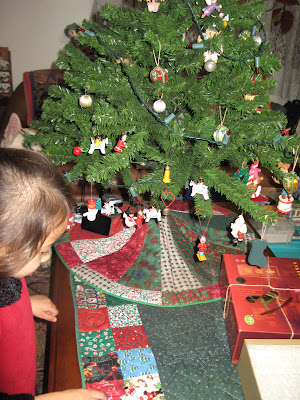 The assistant followed me around the tree while we put on the lights. Then each little trinket came out, was admired or commented on and hung.

One more box and we will be done. 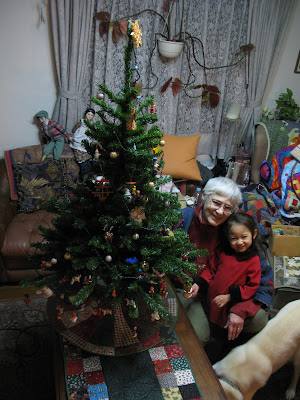 Nikko is checking to make sure nothing has fallen to the floor. 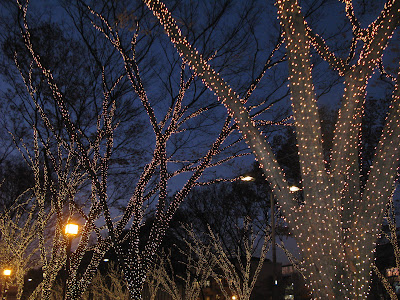 Our church is located on Omotesando, in Harajuku. This road leads to the entrance to the Meiji Shrine and is one of the fanciest shopping areas in Tokyo.

The Zelkova trees line both sides of the streets and during the holidays are lit each evening, bringing out hoards of shoppers and sight-seers.

It was just getting dark as I arrived for choir and the streets between the station and church were crammed with young couples and families. Everyone was trying to get pictures with the lights in the background. 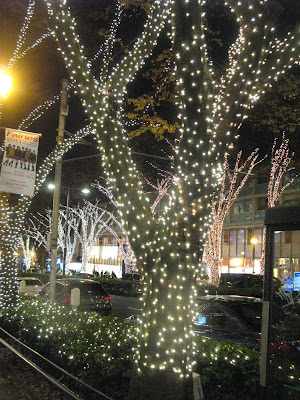 After singing two services, the trees were still bright against the darkened sky. 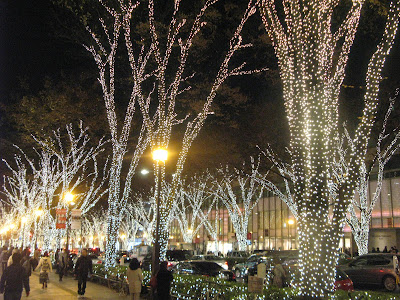 Though I had hoped to hurry home by train, the ticket machine ate the last of my money. I wasted time at the ticket office trying to get it back, but, in the end, I had to walk to the connecting train (about 45 minutes away).


By the time I could stumble up to bed, it was well into December 25th and not a great deal had been accomplished.

A worship service involving the choir right in the middle of Christmas day (plus an hour travel each way) meant a lot of rush, rush, rush. Getting a turkey into the oven in a timely fashion was impossible. Trying to jockey pies and potatoes and other stuff around the turkey was a challenge. Counter space is a piece of plywood over the sink. (Washing up done in installments)

Someone may have taken photos of food and family. I never got near a camera the whole day. Before going to bed, the remains of the turkey had to be dealt with and dishes washed and put away. It was well after midnight when I could turn in.... and today, as every Monday, we had to get up at 3:30 am for onigiri delivery to the homeless. 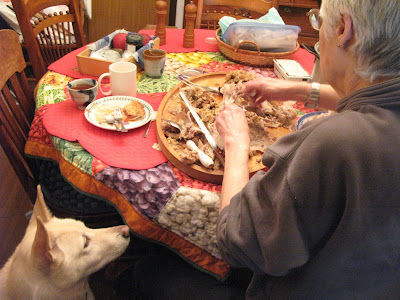 Now the turkey bones are simmering on the stove and we will begin to enjoy the best part, Peace and quiet and leftovers.... and maybe just a wee bit of quilting.
Posted by Julie Fukuda at 3:49 PM

Email ThisBlogThis!Share to TwitterShare to FacebookShare to Pinterest
Labels: Christmas