A day of remembering 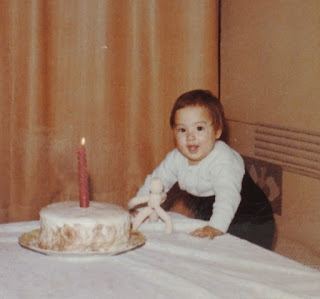 Today is a fun day to remember. My first daughter was born on February 15th.

Most of her early pictures were taken in the hospital in black and white,  in an ICU for preemies and full of wires and tubes.

At one time she was sharing a box with another baby but had to be moved to one of her own as she was pulling out that baby's wires and tubes.

Sometimes when I went for a visit to take milk, she was lying with her feet out the hand holes of the unit. Small ... yes, but mighty!

Today I sit in the same location where I sat on her homecoming. The house has been rebuilt and the path paved, some neighbors have left but some are still here and remember that sweet little girl. They even remember that it is her birthday because the tree we planted to celebrate her birth has begun to bloom. 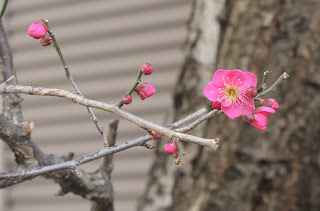 This year they even began to bloom a few days early, and since yesterday was a warm sunny day, the whole tree responded accordingly.

It was such a joy to be the perfect mother of a perfect daughter ... probably one of the reasons she was followed by three more perfect daughters.
(the two sons were sent by God to keep me humble). 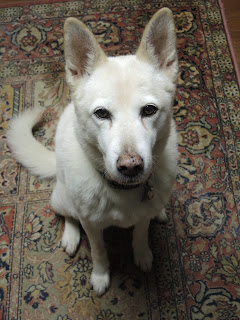 The day before was Nikko's birthday, now the ripe old age of 13.

Actually, when she was rescued by my kids from the wilds of Tochigi, the vet estimated her age at three months. Counting backwards placed her birthday on Valentine's Day.


This morning she accompanied me as usual for onigiri delivery in Shibuya.  Oh, how she loves to get pats and praise from those homeless men. Today she even shared a tidbit from someone, waiting patiently for the word "itadakimasu"
(roughly, I will partake ... her signal to accept the treat).


February may be a short month but it is a big one with birthdays starting with my Granddaughter, Naomi in early February, and ending with my #3 daughter at the end of the month. (And her flowers are about to open too).

Email ThisBlogThis!Share to TwitterShare to FacebookShare to Pinterest
Labels: birthdays