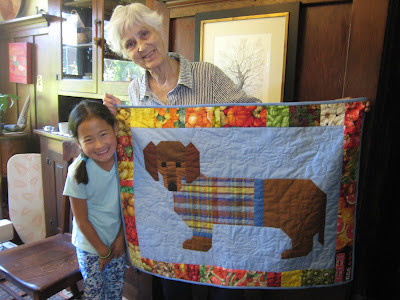 Sunday afternoon I finished up the gift runner to give to  Masa-kun who has been taking care of Nikko (and the bird and fish).

Only thing left to do was add a label.

Naomi is checking it out...
approves with a smile.

Next day we went to the rose garden at Washington Park. 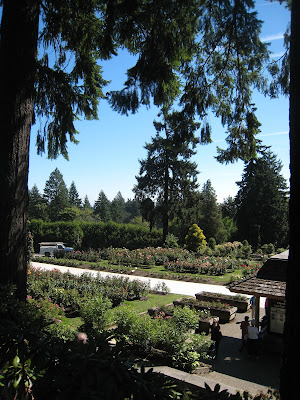 Having grown up in a garden full of roses, this was a real treat.

Part of the garden is a "test garden" where new hybrids have a chance to compete with other roses.

None of my father's hybrids were here but I had a chance to see some of those in Boston and Ohio. 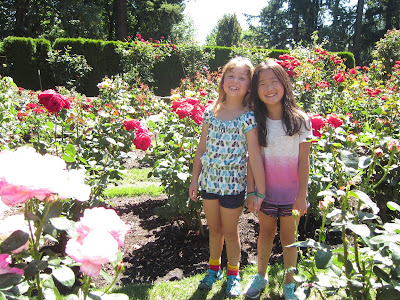 Roses are pretty and colorful

but those smiles....
Can't beat that! 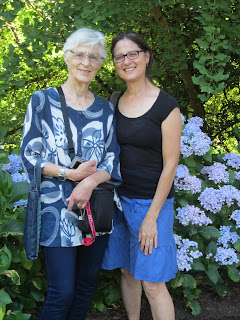 with my eldest daughter .... 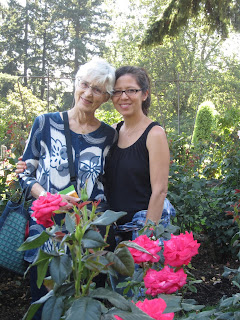 and with my youngest daughter.... 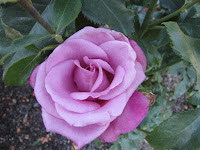 Many volunteers were throughout the garden,
pruning finished blooms and tending the beds.

All were friendly and enjoying their work.

Wouldn't it be nice if Tokyo's parks had teams of volunteers to care for the plants, trim the overgrowth, and pull the weeds.

In the evening, the girls worked in the kitchen on a secret surprise. 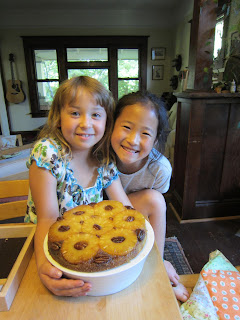 They used one of my recipes and created this
pineapple upside-down  cake.

I think it tasted just as good as any I have made ...
and believe me, I have made quite a few. 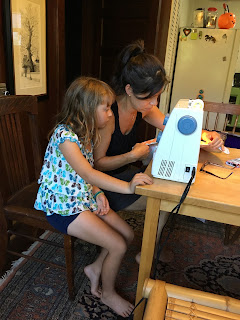 Irene has designed a doll quilt for a friend who was morning the loss of a parent.

With Kimie at the needle and Irene on the pedal, they sewed the pieces together to make  giant heart using fabrics Irene had picked out at Fabric Depot. 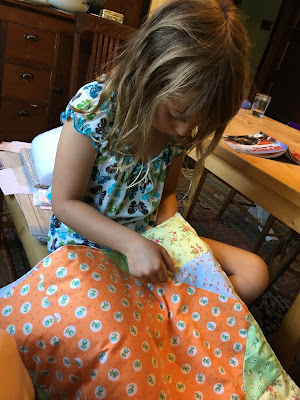 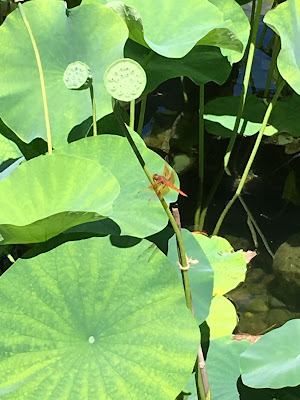 Wednesday, the 26th, we took a trip to the Lan Su Chinese Garden, another place of beauty. 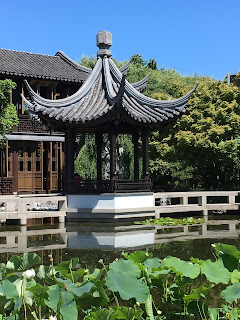 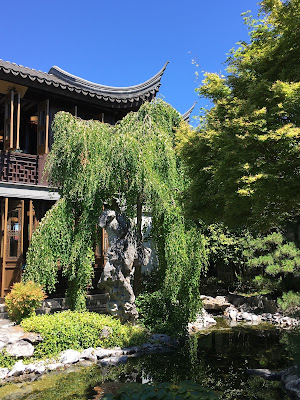 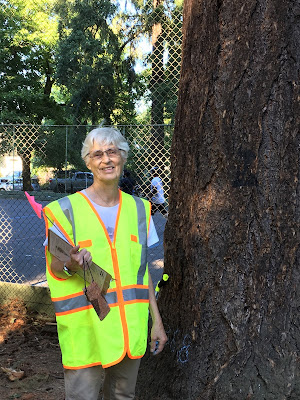 And, to finish off the visit, in the afternoon we all volunteered to work on a tree survey at Alberta Park.
Each team was assigned a section of the park. Our task was to place each tree on a map along with details such as girth of trunk at 4 feet, height of tree and span of branches north to south and east to west. Also to give the variety of the tree. Most were large Douglas Firs but we did come across one tree that left everyone a bit puzzled, the experts going off with a sample in a plastic bag...

Our team was all family and we had tools for measuring supplied by the group. 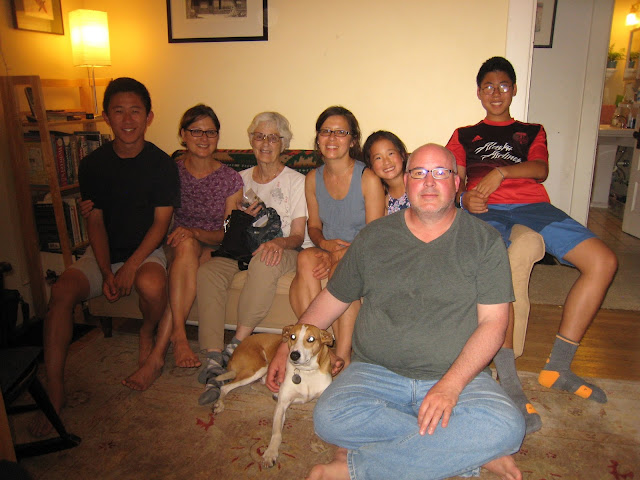 The holiday came to an end gathering of the Portland clan. Irene must be on camera duty, but she was indeed there.
The next morning departure was at 6:15 AM.
Kimie hustled me out early and hung around until I was through the last check point.
Flight was to LA, and from there to Narita, arriving in the afternoon ... having skipped a day.
I was met by Norie at the exit and rode home in style in my own car ... driven by Hiro with Nikko in attendance.
I returned to a month's worth of dog hair, dust, and destruction. (Nikko had taken a bit of revenge on me for abandoning her). Slowly things are returning to normal. 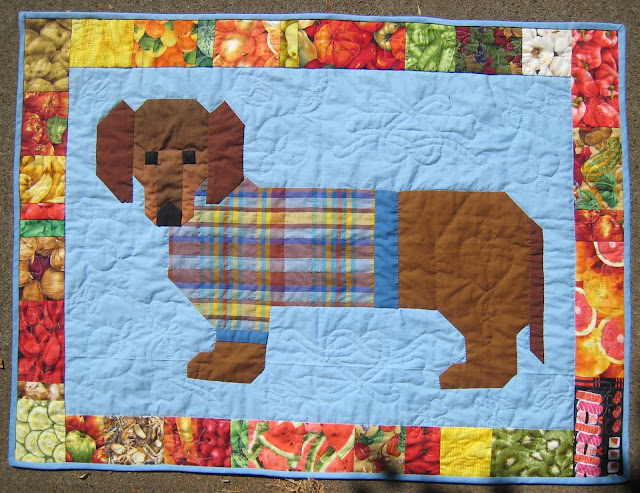 The table runner went as a thank you to Masa-kun for taking care of everything while I was away in spite of many challenges. His sister told me he cried when he showed it to his family and was thinking rather to hang it on the wall. Today I saw his dog, Cherry, and I think this one on the runner is a bit bigger.  Many thanks to Tanya whose idea I kidnapped. Bloggers inspire for sure!
Who's idea will I snatch up next? wait and see...