In less than an hour, I will be out the door and on my way to the train station.
The sky is bright blue and the sun is just getting up.
The wind is playing among the leaves in the maple outside my window.

I am smiling ... because ... at ten I will meet my friend, Carin, and we will "do" the Yokohama quilt show together. Being pretty much a loner, group viewing has often been rather frustrating to me ... keeping up with the group, adjusting to group schedules, and the like but there is one thing about viewing a show with Queenie, both of us see so much more! Our pace is much the same (and she is easy to find in a crowd).

My Friday sewing group will be there too and we will be meeting with Ueno-san who we met last year. It is going to be a fun day and I hope I will have a few pictures to flash on a post. 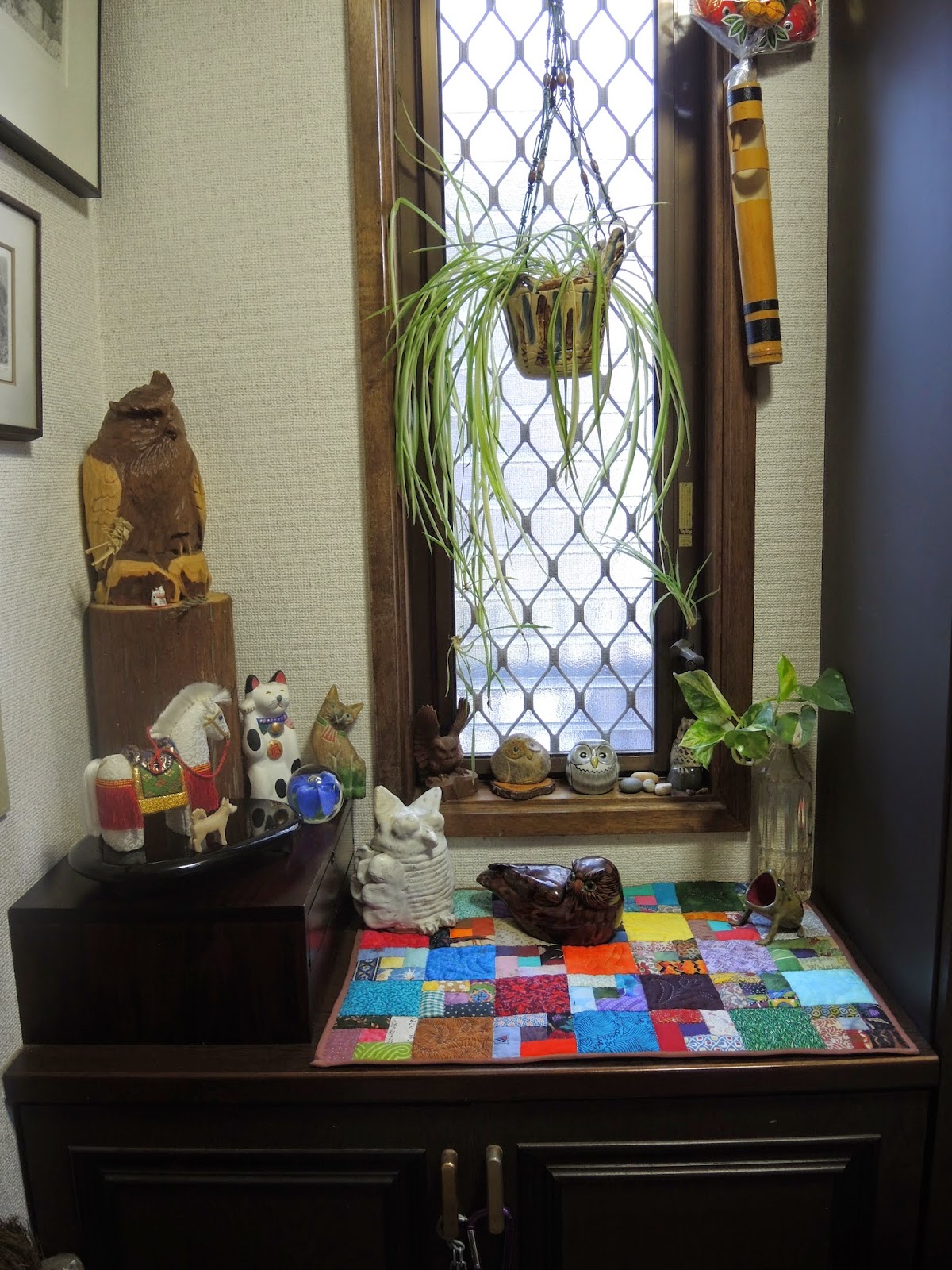 This is what will be waiting when I return.

I finished the little genkan runner.

Even my husband noticed the change.
This is our small entryway. To the right is the front door, a floor space for taking off shoes, an umbrella stand below the post box, and a small coat cupboard.

The space under the runner is a "geta bako" or cupboard for storing shoes (so there is space to get in the door).

For a very tiny space, I am happy we could plan this area for the best use. The space to my back has stairs going up and the area underneath is also storage space.

The window has levers and can be left open even in the rain. My #4 daughter made the hanging owl planter
and a few other owls keep watch ...helped by a few other critters. The horse will move to make way for a sheep next January. 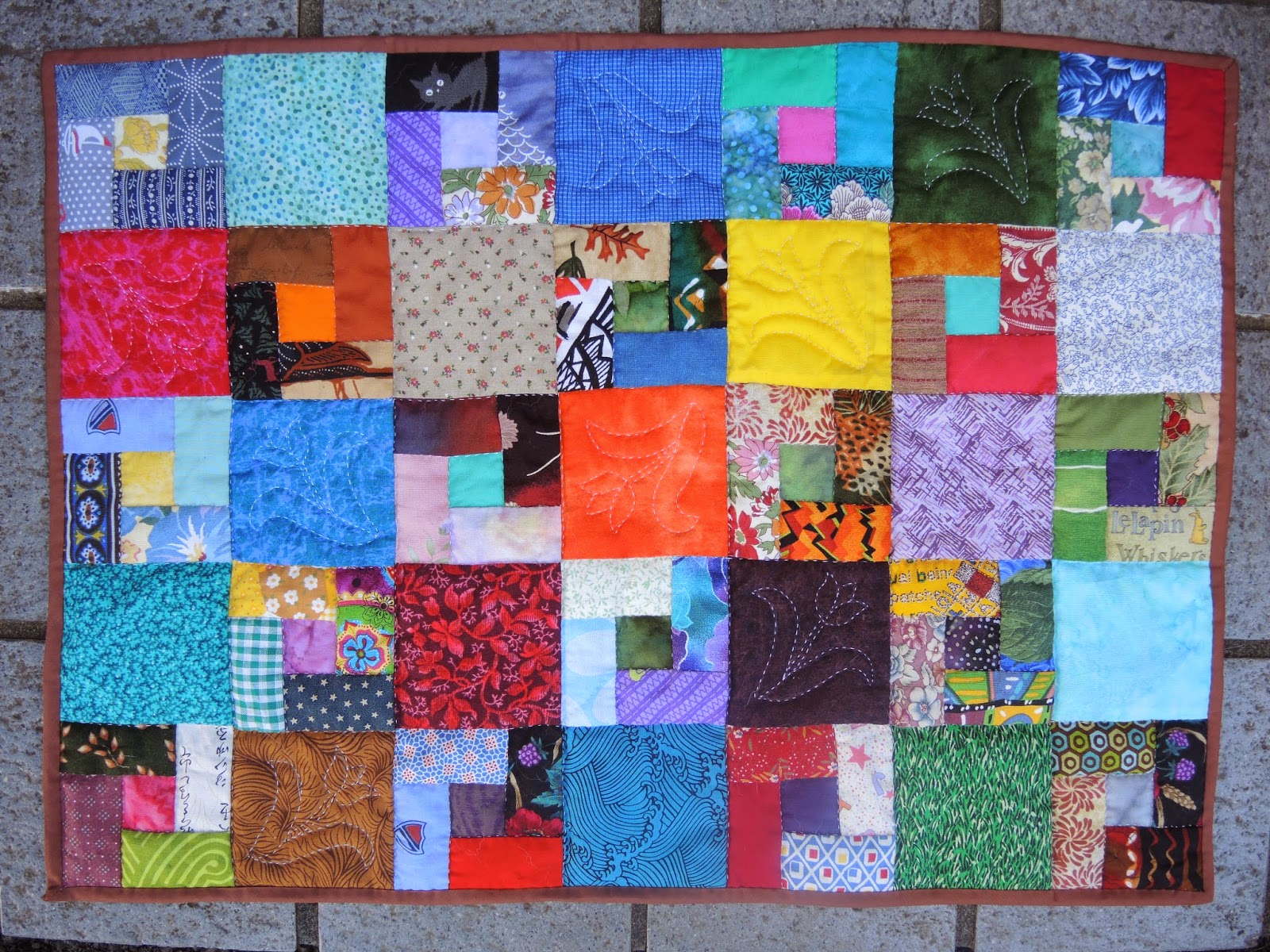 This is the scrappy runner.

I started to quilt it on the diagonal through the centers of the blocks. Half way I decided I didn't like it and it stalled to a UFO pile. Finally, when the rainbow quilt was assembled, I needed another take-along project. I decided to take out all the quilting and start over.

Now the pieced blocks are in-the-ditch ... much better. I began to quilt tulips into the three-inch blocks but some were a waste of time because they didn't even show. Then I noticed the fall runner on my coffee table has three inch blocks and only every-other one is quilted with a leaf design, So,,, I decided to leave some of those blocks in-quilted, bind the edges, and say "Done"!