What's in a photo op? 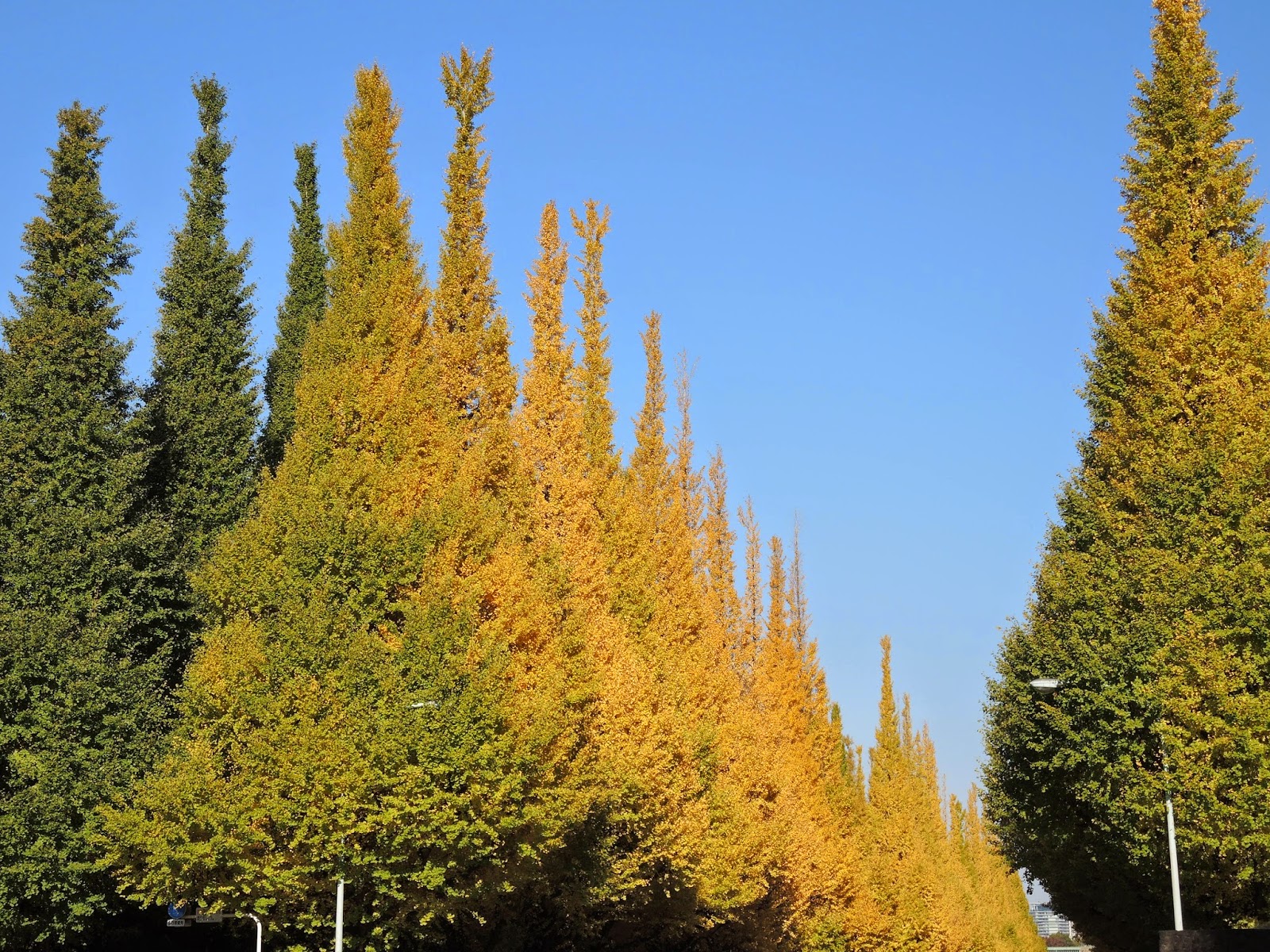 At least three times a week I walk back and forth across the street at this crossing.

It is on Aoyama-dori, between Aoyama 1-chome station and Omotesando station, It is an "Outer Garden" of Meiji Shrine. At the end, there is a building which I understand to be a picture museum.

I have never been down the street, or visited the museum, but usually it is a quiet street with little traffic and I feel I am wasting my time standing there waiting for the light to change so I can be on my way.

Last week, however, I noticed the ginkgo trees lining the street had begun to change color. Oops, I had forgotten to bring my camera. Therefore, I made sure to put it in my bag on Sunday before leaving home. 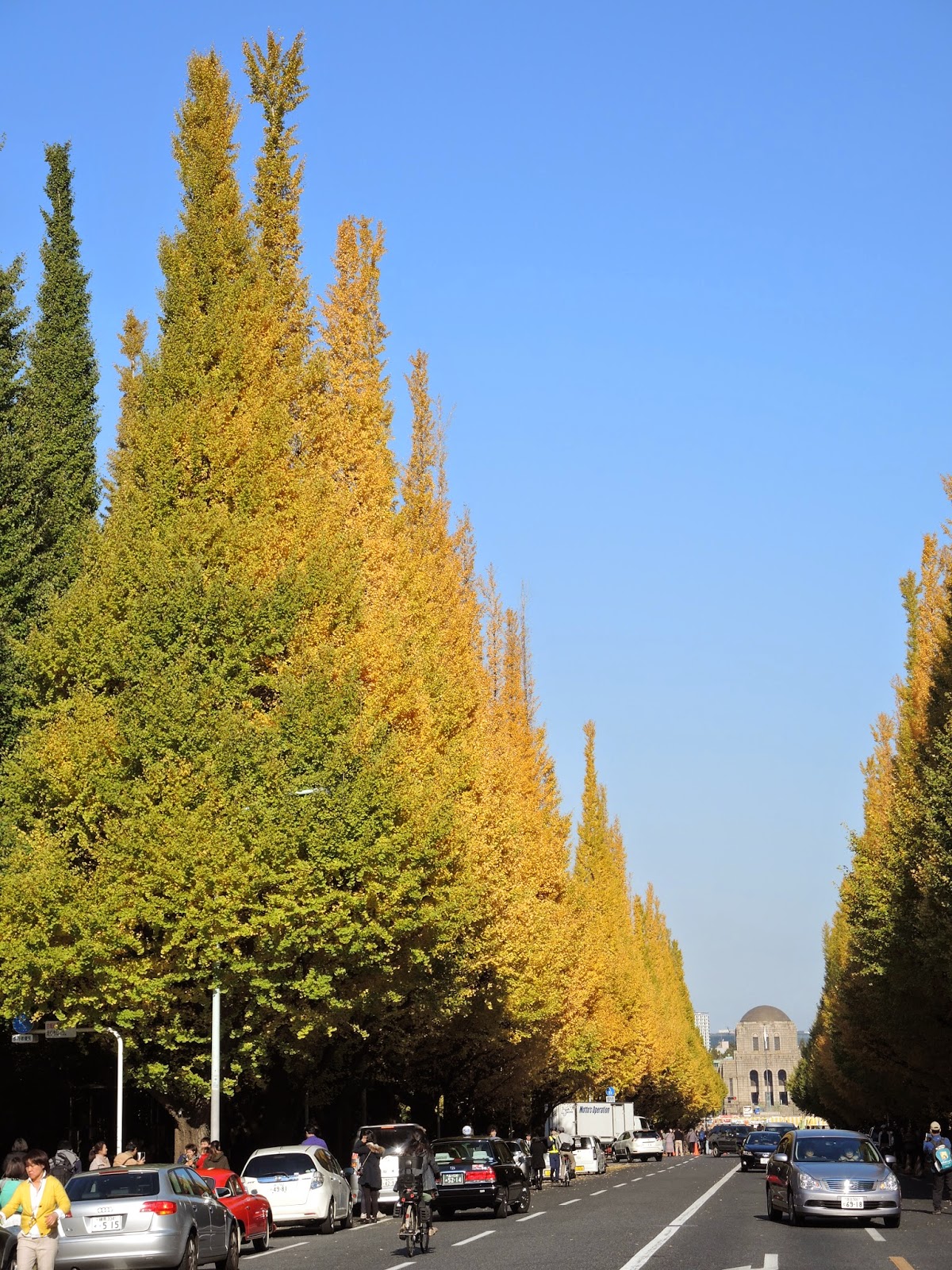 So much for the quiet empty street ... In fact, there were so many people standing in the middle of the road waiting for cars to pass so they could get a shot of the trees that a policeman at the curb was blowing his whistle and trying to move them along.

It was all I could do to grab a quick shot and hope I didn't get a head or shoulder in front of me.

Anyway, enjoy this much of the lovely autumn day with sun and blue skies. Today it has been very dark and gloomy with rain falling.

I was hoping for a different photo op because I managed to finish the advent calendar and hopefully it will go out in the evening mail and make tomorrow's plane to Oregon.

I still paste pictures in my paper quilt diary so before posting I tried to find a place with natural light for a photo. Well, everywhere outside was wet and dripping and my greenhouse was the only room with any light,but it was full of hanging laundry.

In the end, I tacked the calendar on to my door and got the best picture I could. 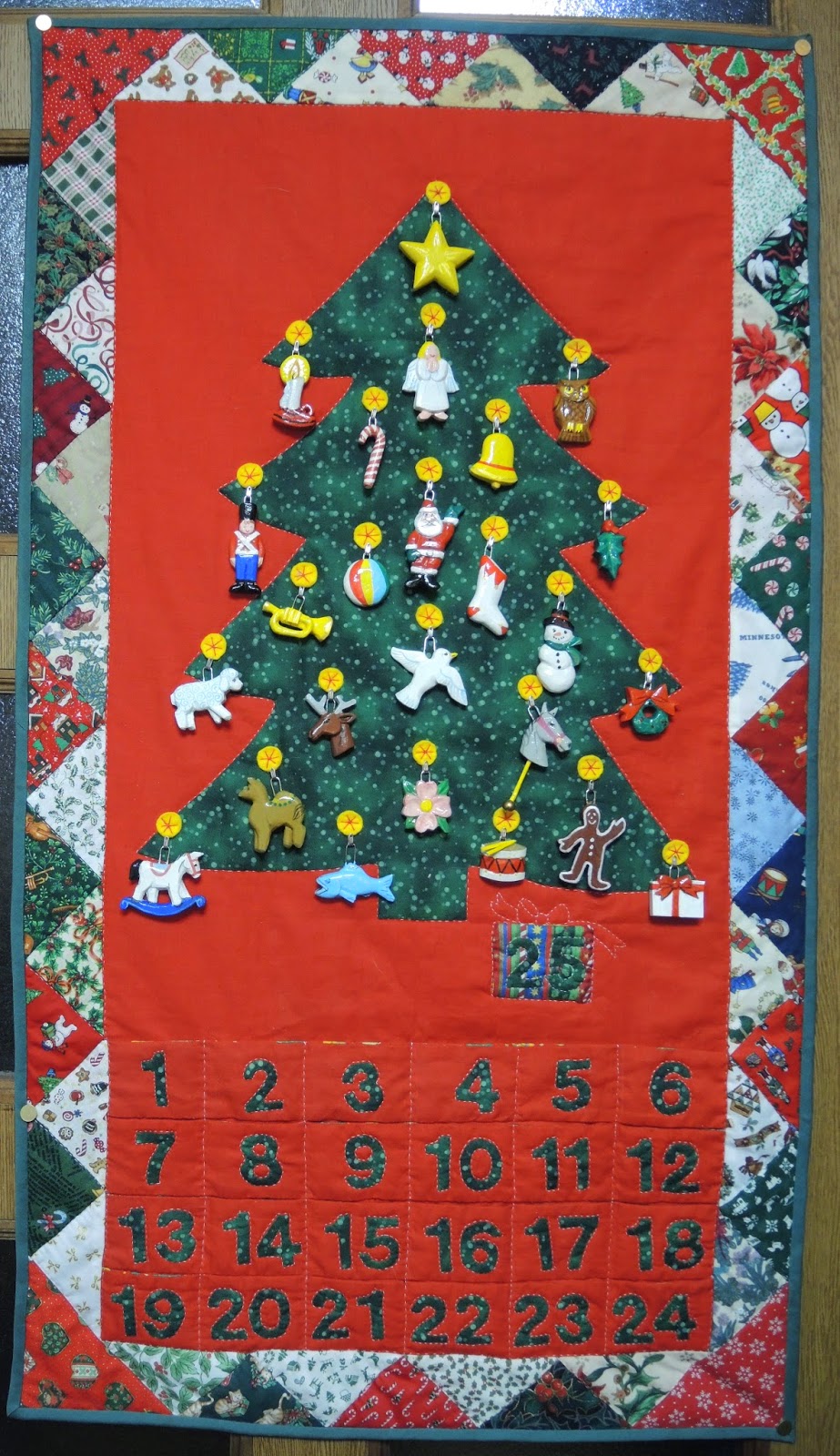 This is the fifth calendar I have made and one might think that they would get better with experience. Sigh ...

... I really have to start sooner rather than be controlled by deadlines.

The numbers on the pockets are somewhat wonky. I somewhat envy those sewing machines that embroider words and numbers with the push of a button.

I cut the wooden bits in the afternoon when the sound of the saw would be less likely to disturb the neighbor but traded that aspect for better lighting.

I took my knife and those bits to camp on Saturday and didn't finish but did get enough done that I could finish by Monday morning.

I was sanding the carvings during my skype call with the kids and then dug out my box of acrylic paint tubes.

The first two coats of varnish went on before bed time and four or five more coats during the day. 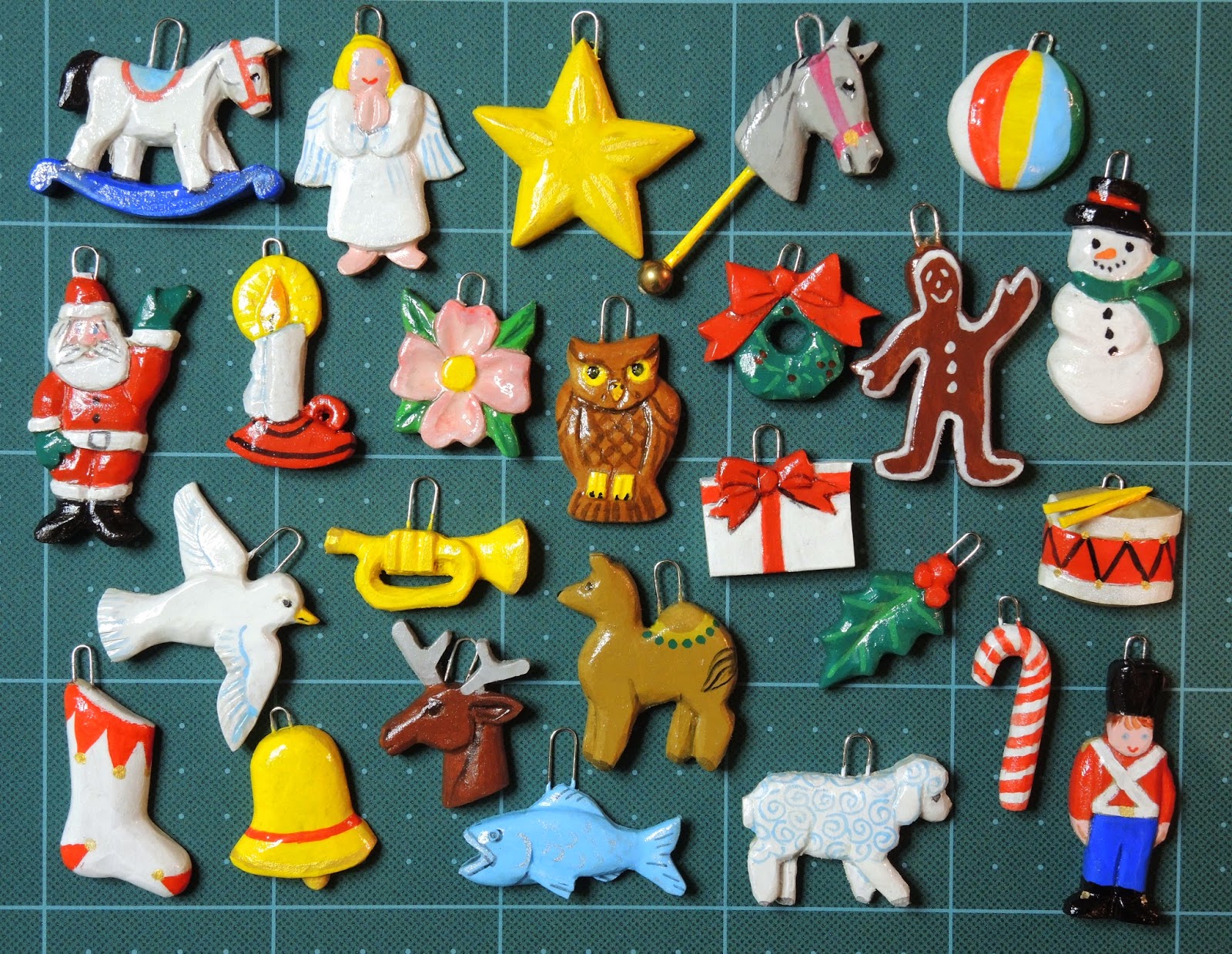 During the painting, one piece got lost and is still hiding somewhere.
It was an extra just in case so I quit looking and finished the 25 that were waiting.

I had to go shopping for a box of paperclips to cut for the hanging loops. I was sure there were some left over from other years. After all, they come 130 to a box, but there were none residing in the drawer where they usually live so they may have been re-purposed for other duties.

Tomorrow's forecast is also rain so I am glad I didn't wait for a perfect photo op. Perhaps my son will send me a picture of Ryden hanging the owl on the tree... but then, Oregon gets rain this time of year too.
Tomorrow begins a new project with a bit longer deadline.
Posted by Julie Fukuda at 4:21 AM