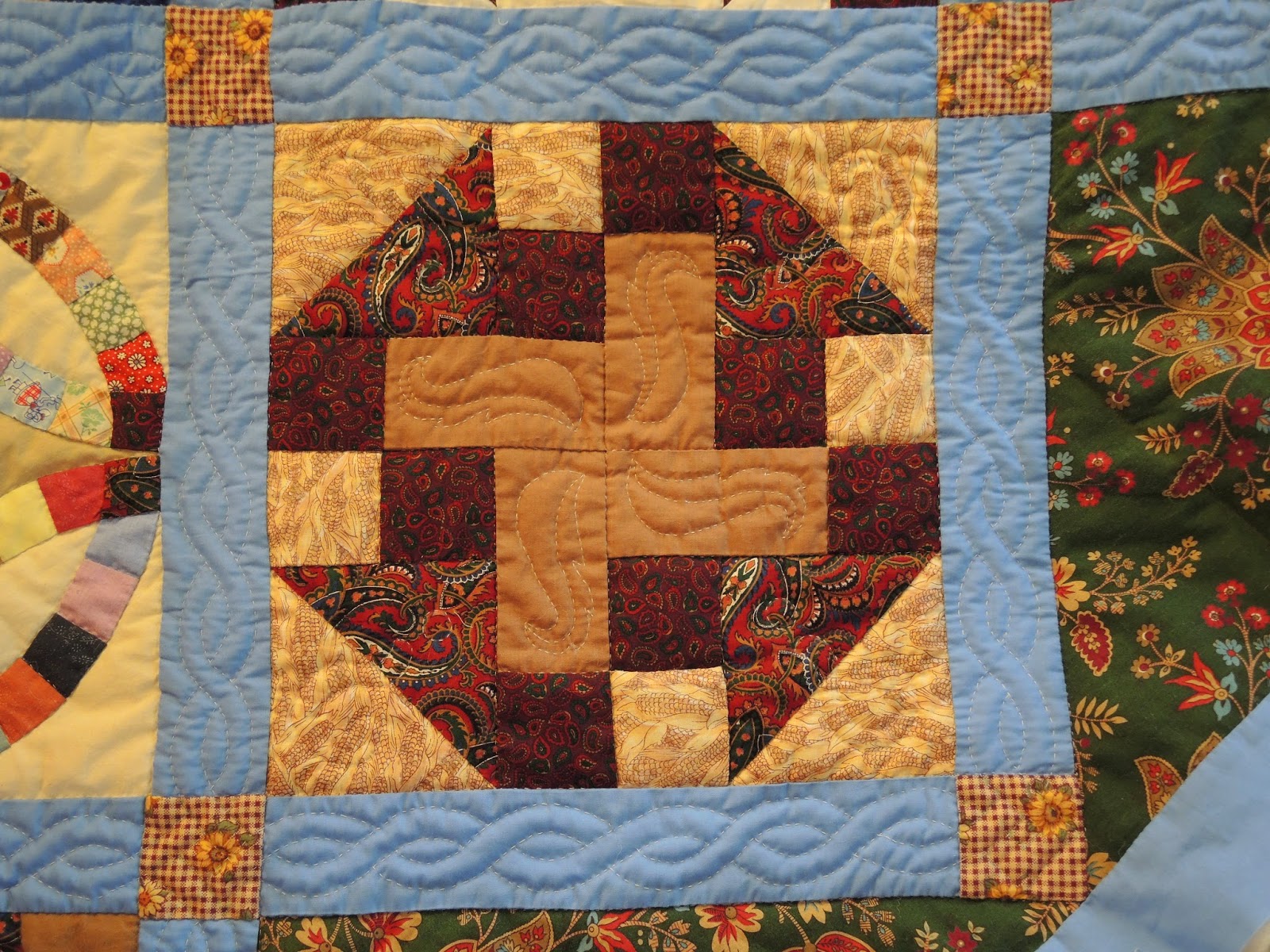 The inner border is now quilted. I only chose a simple pattern I had made into a template about thirty years ago. It was just the right size for a two-inch sashing. I had cut it out of light plastic and glued sandpaper to the back, making it easy to trace around last week when I had floor space.


I decided to work on the blocks in the order that I had made them. This block is "Prairie Queen", made for the Persian Pickle Club.

I cut a small pickle design to trace for the inner area and put question marks into the corner triangles. (the story ends with a question remaining). 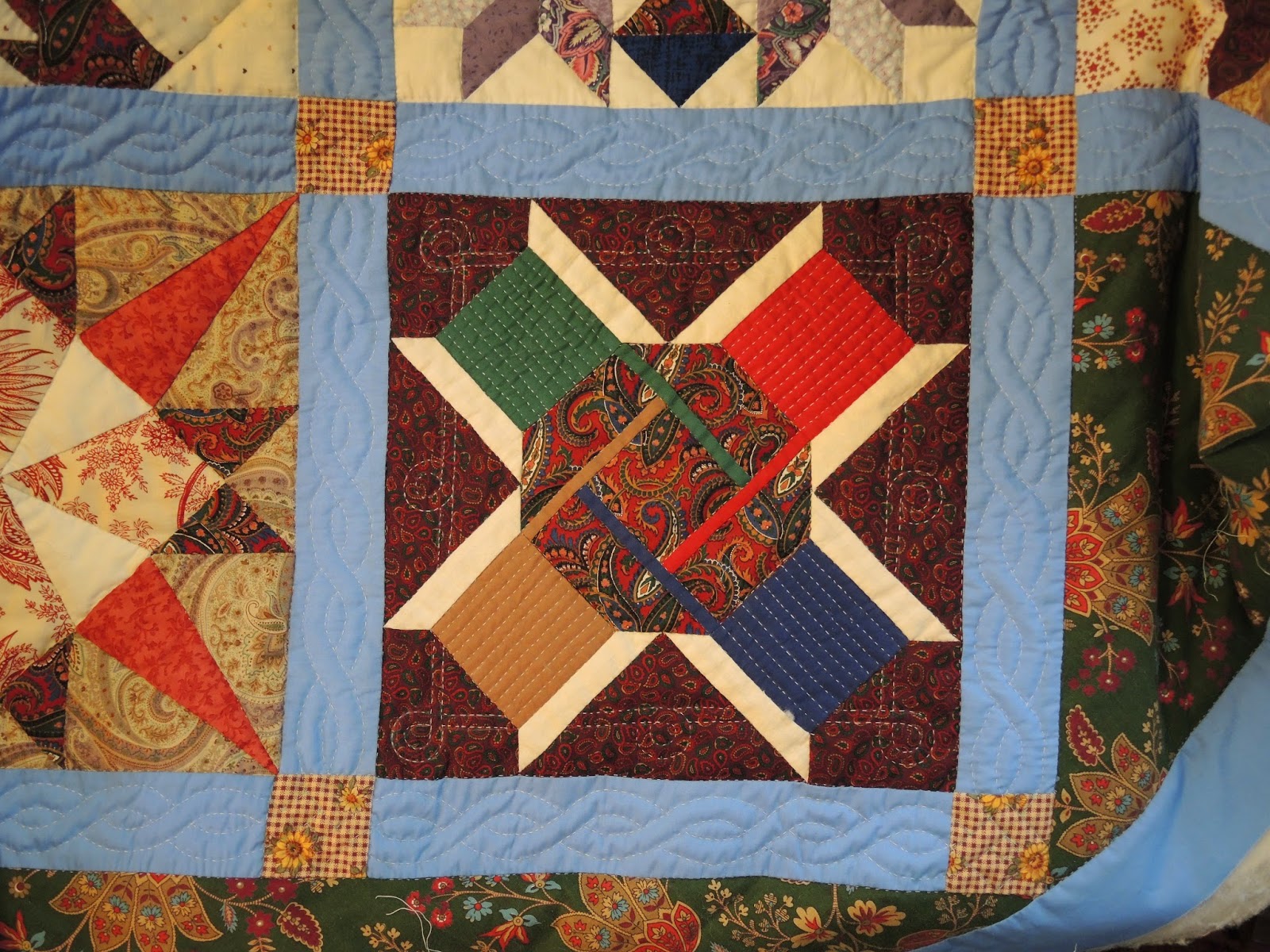 A Single Thread was the quilt idea I used to tie the area around the spools together and fill the larger spaces.

It is also the name of the book. 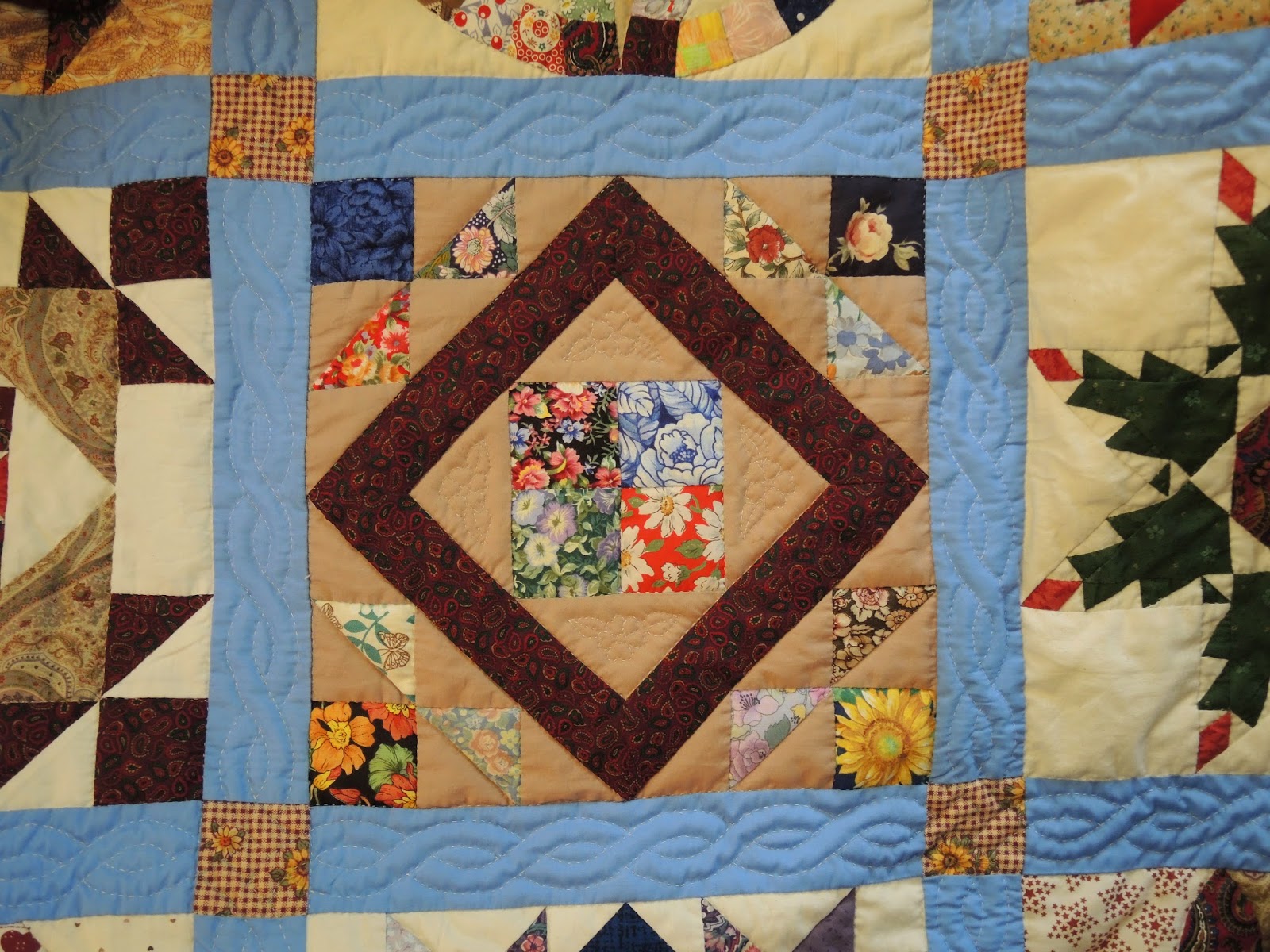 The only large spaces were inside the dark area on this "Garden Path" block.

I quilted in a small flower with leaves but I think that was really too detailed a design to do in such a small space and probably wasn't needed,

This is the block for The Quilter's Apprentice.

I decided to make a small label for the back side of each block with the name of the book, author and anything else I might want to remember. 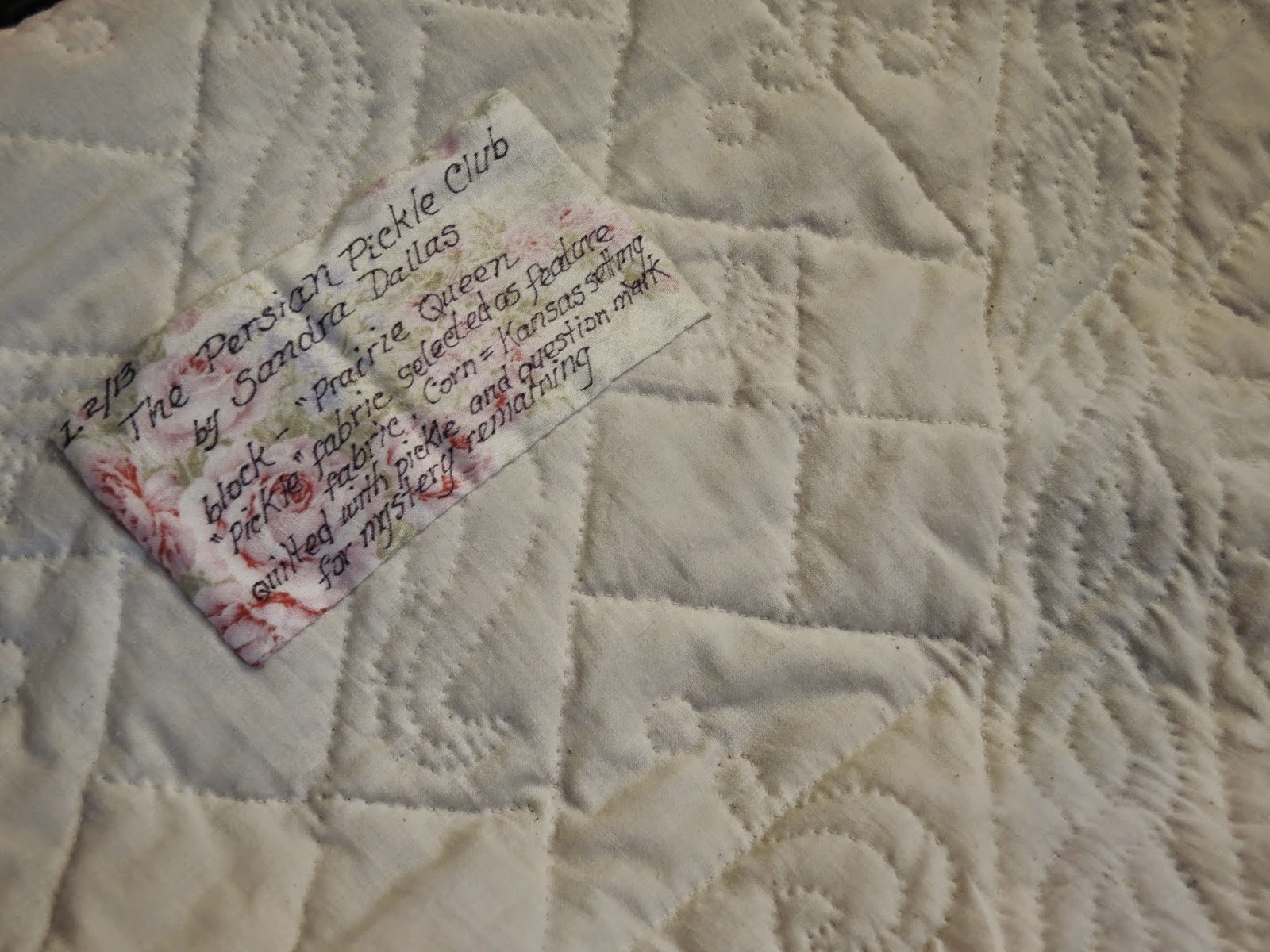 I found a light floral print in my stash that might look better than plain muslin.
The only possible problem is that I only have enough for 16 labels and there are 17 book blocks.

I'm sure by the time I get to the last book I will come up with a plan.
I had been dreading the next down-load from my camera, as the last one down-loaded all the pictures stored on the chip.  Well, I decided to try anyway ... at least I would know what to expect in the future.  Sorry to say, the computer did not recognize all the thousands of pictures it had put into the file last time and I had to wait while the computer made a whole new file just to get these four pictures.

Of course it took a lot of time ... but during that time I finished the block for Alice's Tulips. It didn't need any additional quilting as there were no large empty spaces but I appliqued a ladybug over a small cut on one of tulips and added the label to the back. I also deleted all the duplicate files in my pictures ... since it doesn't seem to matter to the computer whether I have them or not. Maybe I need to get another chip to use in my camera when I plan to delete them anyway... or maybe the computer will go back to it's former pattern of selecting only new pictures ???? Who knows? Not me!
Posted by Julie Fukuda at 10:10 PM